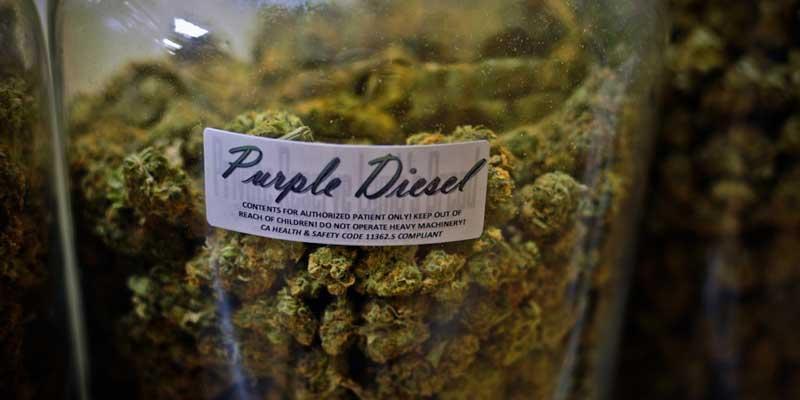 If words like RICO, Controlled Substances Act, Racketeering, Repeal, and Marijuana are as interesting to you, as they are to those of us who are in the business of protecting the industry and the people in it, then the Appellate Case:16-1048 Reillys, Safe Street Alliance, the States of Nebraska & Oklahoma, plus the Sheriffs of Colorado, Kansas, and Nebraska vs. John Hickenlooper, Governer of Colorado, the Colorado Department of Revenue, the MED, all the Commissioners in Pueblo and Rocky Mountain Organic, is a must for your summer reading.

This case, actually three or four cases combined, will have lasting effects for our growing industry (quick disclaimer – I'm not an attorney, we just partner with a bunch of them). The case is interesting on several levels and it really is interesting reading, particularly around the States Rights issues and as per usual in the Cannabis world, we haven't heard the last.

As I understand it, the case basically started when a family, who had some property with a couple of barns on it but didn't live there, discovered their new neighbors were building a cannabis cultivation (Grow) next door. The Grow was licensed by the State and legal under Amendment 64. The family, who used the property for recreation, riding horses and events, began noticing the odor from the Grow, they called them "noxious odors". In addition, they were concerned about the commercial aspects of the business i.e. "Large amounts of drugs" and the possibility of being targets for theft. According to the Reillys, the Grow would lower the value of the property and make it less suitable for recreational and residential purposes and reduce their enjoyment. They teamed up with Safe Street Alliance, an anti-marijuana group, to file a lawsuit not only for the potential diminished value of the land but it flouts the CSA (Controlled Substance Act) and therefore is a violation of RICO (Racketeer Influenced and Corrupt Organizations Act). In addition, they claimed that any business engaged in the sale of recreational marijuana is a criminal enterprise under RICO, thus all marijuana companies are illegal. The RICO piece of this is how the other cases mentioned earlier got rolled into this appeal. In short, the Reillys and Safe Street Alliance wanted to shut down the legal marijuana industry. It was at this point I decided to read the entire 90-page document and so should everyone who are investing in protecting the rights that Amendment 64 installed in the Colorado Constitution.

The final ruling by the court resulted in a strong narrowing of the Reillys' claims and to focus on the land, the odor, the value and sent back to the lower court. The broader claims against the State were dismissed. The Safe Street and Reillys broad-based RICO claims against every other defendant (all legal businesses engaged in sell marijuana) were dismissed. The Sheriff's of Colorado, Nebraska, and Kansas claims were dismissed. The States of Nebraska and Oklahoma's motion to intervene in those cases where Denied. But, the Court did not decide whether the CSA preempts any aspect of Amendment 64, or Colorado and Pueblo County's laws or regulations.

At the end of the day, this case was sent back to the original parties to settle what should have been a zoning complaint. It did open some cracks by allowing the RICO concept to be used by private parties and it highlighted the State rights issues. This should serve as another passionate trigger for the rescheduling/descheduling debates to continue and for those of us in the industry to stay involved, beyond our specific businesses, to fight those strong headwinds against legalization.